Keizayla currently serves as Deputy Director for Black Fork Strategies. At the age of 23, she started her career working for Safran USA, as the youngest and first African American Office Manager. After nine months, Keizayla accepted a position with a Cincinnati Councilman, as his Policy and Communication Director. Within six months she was promoted to his Chief of Staff, overseeing an office of 3 people. She stayed with him for nearly 2.5 years, after her departure from the office she accepted a position with Black Fork Strategies, as a Regional Field Director. After a month of doing excellent and effective work she was promoted to Deputy Political Director, overseeing 8 cities in Ohio. In her current role, Keizayla ran one of the country’s largest voter registration drive while also working on the largest statewide Criminal Justice Reform, Issue 1.

Keizayla’s daily work exposes her to a wide array of City/State issues, but her passion lies in human rights, education and creation of opportunities. It is with that passion that lead her to become the Vice President of Southwest Ohio Young Black Democrats, an organization geared towards educating, inspiring and empowering young black people in the Southwest Ohio Region.

She also serves on the executive committee for the Hamilton County Democratic Party. Her service doesn’t end with politics, she is a firm believer in her City’s Youth and helping guide them to greatness. She serves as an advisory Board Member for Never The Less, INC., a faith-based non-profit organization whose mission is to provide teaching and services that promote character, confidence, self-sufficiency and sustainability for at-risk teen girls in Cincinnati. She also was a mentor with Ladies of Leadership, mentoring organization for young ladies in impoverished communities in the Cincinnati area

Keizayla a second generation Cincinnatian, graduate of Winton Woods High School and The University of Cincinnati, has advanced in each position she has held very quickly because of her abilities and skill set. Keizayla continues to be a rising star in Cincinnati, making Radio One’s 30 under 30 award list and recently became a 2018 Rising Star by the YWCA Academy of Career Women of Achievement.

Keizayla is a resident of Mt.Airy neighborhood and the proud mother of a 6 year old daughter!

GET OUT THE VOTE 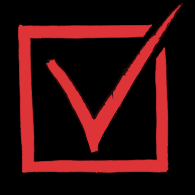